Dogs and bulls, there should be some confusion at the zoo in Luxembourg 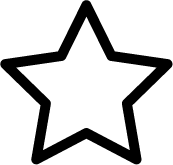 I must admit it. Ìm biased, very biased for I own a wonderful dog that Ìll never confuse with other representatives of its race. Just image with a bull, a red one (sic!).

It seems, however, that in Luxembourg they have a different view. Lately the General Court (Judgement T-38/13, dated 5 February 2015, point 50), by making conceptual comparison between the verbal marks BULLDOG and RED BULL, stated that “both the bull, depicted by the earlier word marks, and the bulldog, described by the mark applied for, convey the image of animals from which a concentrated force emanates, a great muscular force often expressing itself aggressively towards their fellow creatures or human beings, especially when that power is on display in combat or at bullfights.” The fanny thing is that the Bulldog of today has developed since the initial bull-baiting days, inasmuch as to become a pet beloved by English people, the relevant public in the subject case.

The Court, therefore, reversed the Board of Appeal decision which ”erred in finding that the sign at issue would be perceived as being conceptually dissimilar”. Frankly I have to add that the Court made a number of further remarks, included inter-alia the absolute identity of the products, to set up the overall impression of the likelihood of confusion between the two trademarks.

The conceptual approach, however, represented a dominant argument which is resisted by the mental association of the sign RED BULL with the well-known mark strongly promoted and advertised in the F.1 races world.

Can you image how would react Queen Elisabeth, doc English, in having her adored pets associated to a bull. God save the Queen!

In the meanwhile Ìm wondering if some English friends of ours would be tempted to make some comment.